Forums
And Now For Somethi...
Well & Truly Off Th...
In the news

[Sticky] In the news 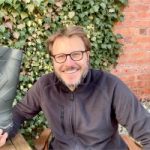 If you come across any newsy articles or posts that are of relevance to users on these forums, please post them here.

A tad worrying and disconcerting – a press release from the Federation of Master Builders:

Builders are in need of urgent clear guidance to help them understand changes to the building regulations coming into force in England, on 15th June, which aim to improve the energy efficiency of buildings.

In the most recent State of Trade Survey from the Federation of Master Builders (FMB), a startling 52% of builders are not yet prepared or aware of the changes. The FMB is urging the Government to provide clear guidance to help make sure small builders are informed of the changes. These are complex changes for small, time poor, builders to take on, especially without good communication from Government.

Prices are really impacting bottom lines with 98% of builders having had material costs increase and 83% passing on these costs to customers. Material shortages and a lack of skills still plague the sector causing job delays for the majority of FMB members. 73% of builders have delayed jobs due a lack of materials and 55% are delaying work owing to a lack of skilled labour.

The FMB State of Trade Survey, which is released quarterly, is the only survey of its kind to track the experience of small to medium-sized (SME) construction firms in the UK. The latest survey for Q1 2022 found:

Brian Berry, Chief Executive of the FMB, said: “The FMB’s State of Trade Survey highlights just how underprepared the building industry is for regulatory changes coming into force in June. Builders can’t be blamed for this situation given the poor communication and engagement coming from Government. The Government need to help address this issue by providing clear guidance to help builders understand what is expected of them.”

Berry continued: “The survey also shows that availability of materials and skills shortages are not going away. These issues, coupled with crippling price rises, are causing real problems for the building industry. Delays and increases in prices will put off consumers, who are already reluctant to commission new work as their own costs spiral.”

As the Cost of Living crisis takes hold in the UK, charity CLEAR Community finds that ‘going green’ could save people money, as well as cutting down on plastic waste.

CLEAR Community found that changing some of our shopping habits to more environmentally-friendly ways could save households nearly £500 a year.

As well as saving money, if every UK household made these changes it would save an unbelievable 278million kgs of plastic waste*. Much of this waste is classed as soft plastic (e.g. rice/pasta bags) which can’t be easily recycled causing huge environmental issues felt around the world, including Indonesia where the charity carries out their work.

Top 6 shopping tips that could cut shopping bills as well as reducing waste:

There are 27 million households in the UK: https://www.ons.gov.uk/peoplepopulationandcommunity/birthsdeathsandmarriages/families#

On average households have 20kg of plastic waste every year. https://www.statista.com/topics/4918/plastic-waste-in-the-united-kingdom-uk/

1 - Zero waste stores vs supermarkets. Costs were compared on April 5th, comparing Siop Sero in Cardiff with its nearest supermarket, Morrisons. Some supermarket items were own brand, others were mid-range brands.

2 - in Cardiff market on April 6th, bags of strawberries, blueberries, raspberries and grapes £1 each. On the same day these are all £1.99 each in Morrisons. If you bought 20 of each over a year, the saving would be £79.20 (£159.20 Morrisons; £80 market). Realistically the savings could be larger if you added other fruit and veg too.

3 - If someone buys one bottle of water a week, at an average cost of £1 per bottle, that would be £52. A reusable water bottle could be bought for £2.

Refilling household essentials like herbs, rice and flour at your local zero waste store could save you over £100** a year

My "local zero waste store" is a 3+ hour round trip by bike and not much better by bike+bus (poor timetable). Taking the car would probably wipe out any environmental benefits of switching. Blooming metropolitan liberal elite charity policy wonks! The countryside isn't full of "Siop Sero"s you know!

And also, switching to buying fruit+veg from a greengrocer instead of the farm shops is unlikely to save anything! 😉

This post was modified 2 months ago by mjr
ReplyQuote

@mjr, agreed. Our local farm shop stocks about 30% local produce and all the imported stuff is significantly more expensive than the supermarket.

A whacky press release I received:

With the recent change to the energy price cap, the rising cost of fuel bills is on many people’s minds right now. Unless they’re on a fixed-term contract, households could pay 50% more to power their homes this year.

MyJobQuote’s energy expert Matthew Jenkins estimates that people currently paying a yearly average of £2,000 after this price rise, could end up seeing annual bills of around £2,700 by the end of the year if prices rise again this autumn.

This means that taking measures to cut energy usage around the home is more important than ever. However, it seems that people are already taking matters into their own hands by going to extreme lengths to lower their bills. Here are just some of the crazy ways people are saving energy.

Cooking Purely with the Microwave

Cooking accounts for up to a sixth of the total energy used in an average home. In an effort to save energy while cooking the evening meal, some families are ditching their ovens in favour of the microwave. As it’s a smaller appliance with faster cooking times, many people find it a more desirable method to heat their meals.

Matthew adds “For those on a high tariff, cooking in a conventional electric oven could cost around 85p per hour to run. Even an energy efficient oven on a lower tariff costs between 45p and 65p per hour. So, it can be expensive to use on a daily basis. In comparison, a typical microwave costs about 28p per hour to run and you’re unlikely to have it on for that long. So, it does make some sense to use a microwave for reheating food or cooking small meals.

However, if you’ve got lots of different ingredients to cook or a large family to feed, microwave cooking isn’t always practical. So, batch cooking meals in the oven could be more efficient. Alternatives such as using a slow cooker or cooking quick meals on the hob could also reduce costs.”

Using the Dog as a Hot Water Bottle

To beat the cold, some people are letting their dog sleep in the bed at night. They’re using their pets for extra warmth instead of boiling the kettle for a hot water bottle.

Matthew says “Even with the energy price cap rise, a kettle only costs about 4p to boil each time. So, using a hot water bottle during colder nights won’t cost you all that much. And if you use it instead of turning on the heating overnight then it could save you up to £10 per night.”

This is great news for those who don’t own a pet or a partner they can steal warmth from.

In the evening most of us like to relax and unwind by watching the telly. But as people feel the squeeze financially, a growing number of adults are heading to bed early instead. And some are heading off as early as 7pm.

Matthew estimates “Watching television for just a few hours less per day may save you £10 over a year. More if you have one with top of the range audio and visuals.

Of course, by doing that you may not give yourself a chance to destress properly and spend quality time with family and friends. So, consider entertainment that doesn’t use electricity instead. Most of us have a board game or two tucked away at the back of the cupboard. Or why not make use of the lighter nights by taking an evening walk to a local beauty spot?”

Another thing to remember is that by turning off devices – including televisions and laptops – rather than leaving them on standby you will save energy and therefore money. In fact, The Energy Saving Trust estimates it will save you around £55 per year.

In a desperate attempt to keep the heat in, some people have admitted to covering the gaps in the front door with items they’ve found lying around the house. This includes household sponges to block draughts coming in through the letterbox.

Matthew says “Implementing draught-proofing measures throughout your home, such as blocking unused chimneys and sealing around doors and windows could save you around £100 a year. To successfully stop front door draughts, use foam or brush weatherstrips, keyhole covers and draught-proof letterboxes. This ensures that your post can still be delivered, and your door is still easy to open and close.”

Wearing Dirty Clothes to Save Using the Washing Machine

To save even more money on energy bills, some daring households have started wearing the same clothes for three or four days in a row. This means they’re not having to use the washing machine every day.

Matthew explains “An average household uses the washing machine for about 220 hours a year. But large families often find themselves running several cycles a day. So, not running the washing machine every day or only turning it on when you’ve got a full load will certainly save you money. Couple that with using a slightly lower wash temperature and you could easily save yourself between £5 and £15 per year.”

So long as it’s appropriate, there’s no harm in wearing clothes such as jumpers for a bit longer. And as it does save money, it’s a great way to limit those rising costs. 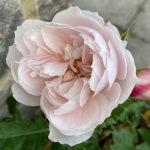 This energy 'expert' has obviously never personally experienced fuel poverty. These are not extreme lengths to many or crazy ideas of 'daring households'. It is no laughing matter; there are thousands of already desperate people in this country visiting foodbanks and even asking for food that does not have to be heated up. There will be many more come October because of the price rises. I wonder if he had any advice about what to do about the inequitable and frankly scandalous rise in standing charges?? (rhetorical question)