Indra V2H Trial in case it hasn't been posted before 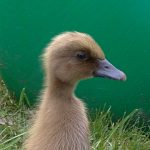 The Indra/Kaluza V2G Trial 3 years ago was constrained by DNO's not approving the chosen sites for the full export rate. I think this was 7kW (32A), but perhaps @jeff can confirm that.

The Mk I V2G charger had only one setting for import/export. So if the DNO agreed maximum export of only 20A, then the charging rate for the Nissan Leaf was similarly limited.

Indra have now taken the sensible step to feed stored-charge only to the home, with none being fed back to the grid. This is usually done by placing a current clamp on the live feed between the smart meter and the consumer unit. The charger then calculates how much current to supply from the car battery.

Once the Electrical Networks Association (ENA) test and accept such an export-limitation system, the DNOs will 'trust' it, allowing the Indra V2H chargers to be installed under the two relevant approvals:

The electric spec of the v2h and v2g indra chargers appear to have the same limits unless indra have a cut/paste issue with their website.

This post was modified 2 months ago by Jeff
ReplyQuote

@jeff I'm pretty sure they are the same unit!  We are still on the Ovo V2G trial, it finishes in a few weeks.  The original installation involved a current clamp on the main Live tail, which is used to ensure that we never export more than 16A (we have PV as well, so without this clamp it could easily exceed 16A).  The current clamp is a standard fit for the V2G trial.

They really should have fitted standard elec meters for import and export, as all of the embedded ones are acknowledged to be low accuracy and I don't think they measure some of the parasitic losses annoyingly.  Meters are cheap, at least compared to the Ovo trial (I think surprisingly expensive, as the hardware is made in low volume, and the install took some time).

I intend to ask Indra to flash the unit to V2G in a while - which I think they will do for free - I expect that they get in-use data from it.  The V2G trial has a fixed export tariff, which worked well in the past - but as elec prices skyrocket it makes less sense as it's not actually linked to the fixed import rate.  So at the moment Ovo (well a subsiduary of) tell the car when to charge and discharge, and we make a profit as our export rate is higher than our import.  They pay us for excess PV too as they cannot differentiate between car and PV export, so we may well still make a profit - but there is no incentive to actually plug the car in anymore except to charge it!

In contrast, V2G and Octopus Go make a lot of sense, as there is a huge price discrepancy again overnight to daytime.  I am also more comfortable with Octopus/another variable tariff, as I have always considered the financial aspect of the trial to be "too good to be true", and so not representative.

I think most people with batteries or V2G head over to Octopus.

Thanks for that info @robl  If your Indra V2G charger was limited to 16A export by the DNO (ie the usual limit for grid-export) then did that 3.68kW also apply to charging the Leaf?

I believe the upper limit is defined by the 'charger module' which Indra use internally. I've now checked and I think it's 6.5kW, not 7.5kW as I suggested above. The module is made by the Dutch company, PRE Power Developers... a reputable company in this field.

Did you mean to write flash the unit to V2H in a while?

Could you elaborate on this please?

What are you looking for which couldn't be measured by your Smart Meter?

Although OVO/Kaluza are undertaking these trials using participants on a fixed tariff, that's only because they haven't yet been able to offer a ToU tariff like Octopus' Agile/Go.

Once customers are using ToU, the only way to obtain correct billing is for OVO's software to read the Smart Meter registers. You can't have separate import/export meters because they would have no concept of when the half-hour price-periods begin and end.

The reason to add extra meters would be to evaluate the round trip inverter-car-inverter performance.  There is no way to do that as standard, although you’re right, from a billing perspective they are doing a plausible thing given no tou tariff.  It is in fact quite lossy- roughly 2kWh of loss / day before inverter efficiency is taken into account.  There is also a lot of reactive power, 4A so 1kVA if I remember correctly when the unit is active but not charging/discharging.

I think most of the loss is due to the chademo cable hookup - being dc it requires locking in place, and several big contactors always energised.

I would love to see the J1772 ac socket standard protocol upgraded to bidirectional - that really would get mass adoption of V2X going.

Interesting discussion here. I am personally looking forward to the V2H trial, and Indra aren't very forthcoming with info/availability (clearly its a commercially sensitive matter).

The most important thing for my use case is to have a mini-grid (i.e. backup during grid outage), which the wallbox unit doesn't do at this point, nor does it have V2H capability yet but its "coming".

Having checked out PRE power developers on the Type Test register, they are indeed able to do G99 (>3.68), but not yet G98 (up to 3.68) or G100 (export limiting, for examples like noted above where other existing generation tech may "overload" the grid (hate this word in the context, as its typically a voltage issue, rather than a current/thermal issue).

Any V2H solution will normally follow the G100/1 process for both import and export, and as G100-2 is published this will be even more valid after its introduction period (though one might prefer to opt for G100/2 due to the increased voltage margin/range available under it).

I would not have thought DNO's would require a limitation to the IMPORT for charging the vehicle, though there may be cases where the demand of the house may exceed the DNO fuse rating - in these cases you can either request that the DNO upgrades the fuse to 100Amps (typically free of any works) or you have to pay for specific import restriction device such as those implemented on the OVO and other trials, that monitor the power flows to ensure safe limits (whether that be at 100amps or below for that matter if a fuse upgrade is not possible/too costly).

The way forward is to have an all-encompassing solution such as from Indra, which will hopefully limit import (if needed), limit export(smart for high average demand/high peak use cases), and provide mini-grid for backup power.

Would be keen to hear from anyone if they know more about the Indra V2H trial details/dates/costs, as buying a car for that purpose is quite a move in the dark just now (although we really want to do so anyway even if we have to settle for a V2g charger for some years)