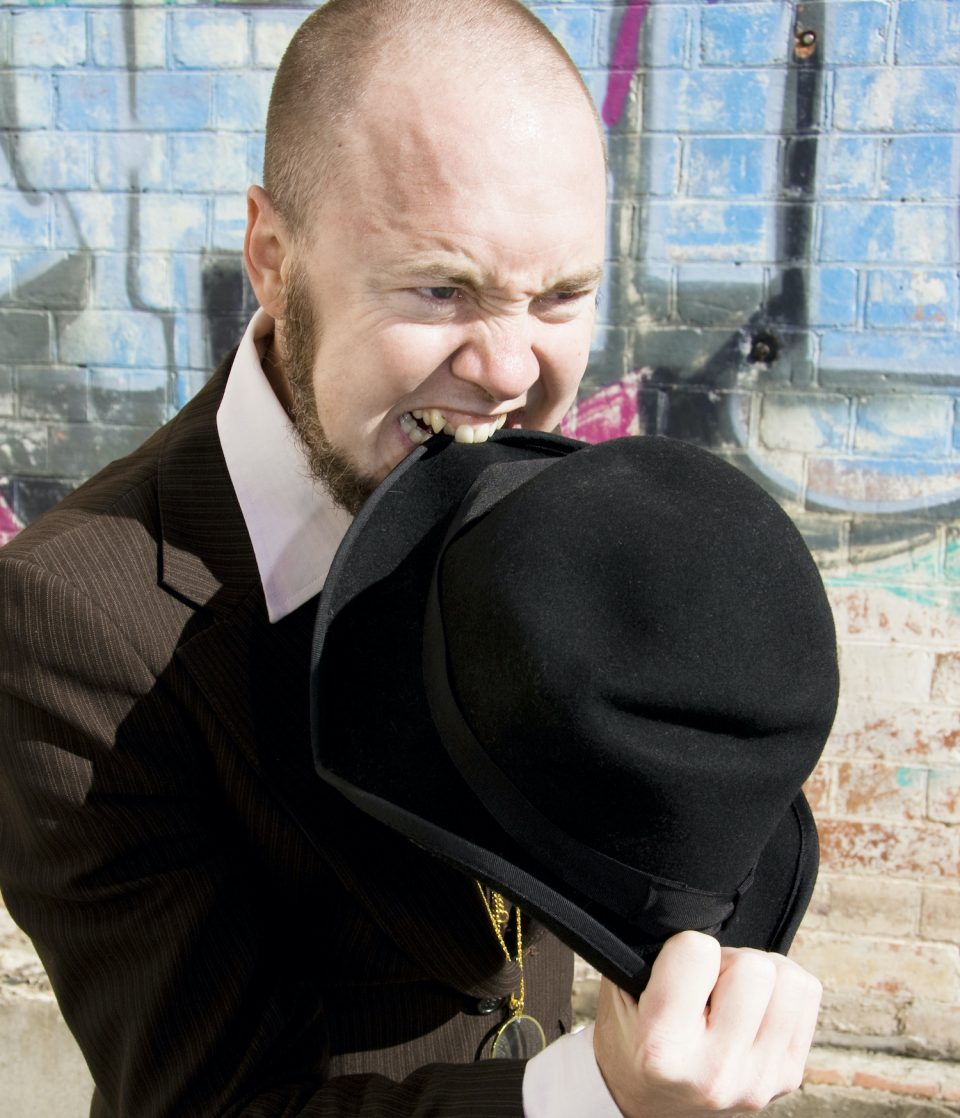 In June 2021, Greenfoot (an installer) provided us with a quote for an air source heat pump (ASHP) to replace the oil boiler in our home. Greenfoot also suggested that when we apply for the system that we add MMSP (Metering and Monitoring Service Package) hardware to the order.

MMSP was an add-on to the government’s Renewable Heat Incentive (RHI) scheme whereby we would purchase extra hardware to monitor our installation, for which the government would pay us an enhanced RHI grant over seven years. It would cost us £980 plus VAT and would have brought in an extra payment to the RHI of £1,870 over seven years.

We gave Greenfoot the go-ahead to proceed with the work, including the MMSP, and they installed the heat pump in July 2021.

During the installation we had solder dropped onto carpets, black radiator water spilt onto soft furnishings, a burnt carpet and two major leaks (one in the house and one in the garage). They also never provided a condensate drain for the ASHP unit. These issues were mostly addressed by Greenfoot to a greater or lesser extent when we raised it with them.

When the job was completed, there was no formal handover and we had to figure things out for ourselves. Also, the MMSP portion of the work was also not completed during installation.

After some teething issues, it transpired that Greenfoot connected the power cable to the heat pump in a manner that was not to the equipment manufacturer’s (Vaillant) instructions and Vaillant confirmed this was not suitable as it could allow water ingress and they would not guarantee our equipment until it was rectified. We asked Greenfoot to get this rectified in accordance with Vaillant’s standards.

I paid the outstanding balance in September as I needed the documentation from Greenfoot to apply for the bulk of the RHI, having agreed with Greenfoot that the power issue and MMSP would be sorted as part of snagging.

I chased both issues with Greenfoot at the time and there was no progress towards any kind of resolution. I continued for weeks to chase Greenfoot over these issues until I eventually gave up and initiated court action.

I learned from the government RHI team that my MMSP installation had to be installed and working by the end of February 2022 and the entire scheme would close in March 2022. I informed Greenfoot of these deadlines and chased them again for action.

They attended again in February to commission the MMSP kit, but again they were unable to make it work.

I wrote again to Greenfoot in early March asking them to fix the power cable connection and refund my MMSP purchase, or I would act against them. I received no reply.

I asked Vaillant for a quote for them to re-do the electrical connection to fix Greenfoot’s shoddy work – they quoted me £449 to do this and to get my heat pump under their guarantee.

On March 22, I launched a small claims action against Greenfoot for £1,716 to cover the MMSP installation that has never worked and now has no utility, plus to re-work the power connection and court fees. I pursued the legal route because I was not aware of the MCS scheme to mediate issues as the installer didn’t pass this information on when I complained.

The government closed the MMSP and RHI scheme on March 31, 2022. On April 1, Greenfoot offered to pay just the £449 for the power re-work.

On April 25, I attended a mutually agreed mediation session with a court appointed official. Greenfoot failed to show up and attend this session. A week later, on May 2, Greenfoot informed me that they accepted all of the points I made to the court and that they were liable, but they were ceasing trading.

Thankfully, I now have an air source heat pump that works (due to my own work and research) and that I am happy with but the onus was squarely on me to get it done.

I also believe that I know far more about my unit than the company that installed it.

The system, it would appear, is broken when it comes to getting poorly installed systems rectified and there appears to be very little recourse for homeowners.

Since starting Renewable Heating Hub, we have received countless emails and messages from homeowners that have been left to fend for themselves after heat pump systems have either been poorly designed or installed.

We would like to thank Witchcraft for sharing his experiences and frustrations, and the lengths he had to go to in an attempt to get matters resolved. What we find disconcerting is that the onus falls squarely on homeowners to get bodged installations fixed and that homeowners have to incur additional costs on top of expensive installations to get systems that actually work.

The one thing that has not been conveyed above is that this homeowner did eventually contact MCS and was directed to RECC (Renewable Energy Consumer Code). This is a consumer code that is supposed to be in place to protect homeowners from shoddy installers. The homeowner was informed by RECC that because they had initiated a court case they could not act and that there was no financial recourse for them to pursue.

Despite this being the case, it would appear that MCS and RECC are still powerless to get matters like this resolved.

In this case, Greenfoot ceased trading (which is a common strategy) and the homeowner has ultimately been left with a system that doesn’t work and that they needed to figure out and getting working themselves. This particular homeowner had the inclination and desire to solve the issue and get the system working, and they were successful in doing so, but there are countless cases where people have been worn down and have given up trying to resolve matters because it’s just too complicated or draining.

In some cases, homeowners have actually reinstated boilers because they’ve had no support in getting the heat pumps to work as they should. This is unacceptable on every level. Consumers investing in renewables and heat pumps must have better protection mechanisms.

We will share this article with RECC and MCS for comment, and will update it accordingly, as homeowners need better protections in place to protect them for dodgy installations.

How does an air source heat pump work?

Were you ever reimbursed for the MMSP and did you have to pay Vaillant the £449 to get the electrics wired correctly?

No I received no reimbursement for the MMSP and the guys fitting my Powerwall will sort the electrics on their visit later this month.

Sorry to hear the experience of Witchcraft. I think you say it all above Mars. It is crucial that consumers are better protected. Even with the small local firm we contracted for our Heat Pump installation work (which we were generally pleased with) I felt that I also had to learn a new language and I could only ask the ‘right’ questions when I understood more about the system and knew which questions to ask. I felt that I was entirely reliant on good will.

Prior to contracting the local firm above we wasted a lot of time, energy, money and anxiety on a much larger company (also with the name ‘Green’ in it) which wanted a £500 deposit on the first evening visit with a salesman. They talked a good talk. We were promised that if we didn’t proceed the deposit would be returned. We just weren’t sure and it was the first of many estimates that we received. By the time we backed out we were past the 14 day consumer protection period and so we lost the £500. We then wasted another £200 on legal advice (on the advice of a friend – gee thanks) which told me nothing more than I already knew. I know this makes us sound naive and gormless but we were starting from a limited understanding of what we needed. I felt that I had to be an expert on heat pumps (I wasn’t) and to be one step ahead all the time. Trust was distinctly lacking.

From start to finish the whole process needs more protection from unscrupulous and disreputable companies.

It’s quite tricky because an MCS certified installer is meant to show information, at least in their paperwork, to the client, about both MCS and RECC, and it sounds like they didn’t. Processes are good, but following them is the thing…..Then once any company has folded it’s a challenge for anyone isn’t it. At that point I’m not sure what role MCS or RECC could play? Ltd does literally stand for “limited liability” after all.

Perhaps as part of the Boiler Upgrade Scheme the end user should be sent info on their consumer protections by the scheme? That might already happen, I’m not certain either way, writing this now I think perhaps I’ll ask.

There is also stuff that manufacturers, importers, and distributors can do to try to improve the quality of installations by keeping an eye on the networks they work with and listening to feedback from end users. They will be on the phone with or emailing the installer far more often than MCS or RECC after all for example.

AND having said all that is not meant to take away from the fact that it all sounds frustrating and time consuming, I’m sorry you experienced that.

Were you left with the hardware (meters, etc.) for MMSP? They are quite expensive; perhaps you could have them removed and sell them. Not much of a consolation but maybe something.