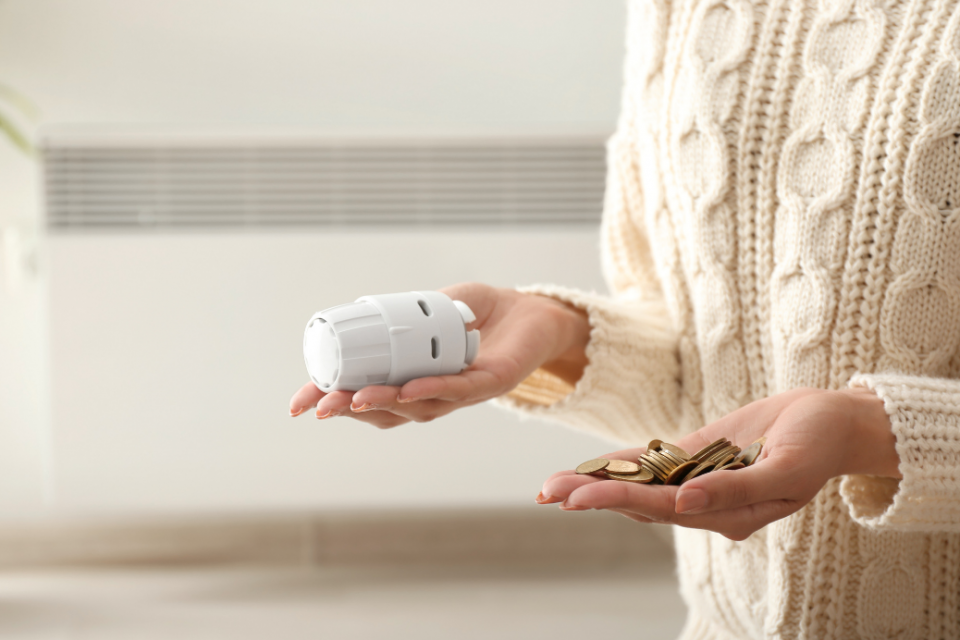 We are all supposed to be moving away from fossil fuels and into renewable sources of energy. That ultimately means we need you to use electricity. Why electricity? Because it’s easy to make electricity from solar panels and wind turbines and other renewable sources. So in an ideal world we would like you to give up your petrol driven car and your gas or oil driven heating system, and get you over to electricity, as quickly as possible.

Over the last 20 years the UK has been making strides to move away from burning gas and coal and making our electricity from renewables. So far we are not doing too badly. If I look at the data for last weekend here, our electricity was produced 54% from fossil fuels, 15% renewables, 22% other and 9.4% was imported from abroad.

Clearly we are on the right path, but there is still much to do. But I have two things I want to explore.

Why is the electricity price rising so fast?

I was paying 18p/kWh in the summer of 2020. Assuming the electricity costs the same from all sources (humour me for a minute) then 52% + 9% = 61% (I assumed inter connectors electricity came from gas too). Then we could say that 11p/kWh was down to gas and 7p/kWh was down to the renewables and other sources.

This week I have seen quotes of up to 45p/kWh for electricity from Octopus Energy. Word on the street is the price hike is due to the price of gas rising. Unfortunately, if over 50% of your electricity comes from gas that’s going to have quite an impact.

So making the same assumptions as above, at 45p/kWh the same 7p/kWh was down to renewable and other sources – these haven’t changed. So the other 38p must come from gas.

It looks like the wholesale price for gas has tripled since the summer, so unless we start making more electricity from renewables that would explain the price hike. Let’s pray for a lot of sun and wind.

There is a lot of talk in the renewables sector about how we are subsidising the wrong fuels and how good life would be if we took the green levies applied to electricity and applied them to gas instead.

Today, on my current tariff, I buy electricity for £0.23 per kW hour and gas (if I used it) for £0.06 per kWh. So electricity is nearly four times as expensive to buy as gas. It’s not rocket science why most people choose gas. It’s much cheaper.

If you look here you find will find this lovely graphic.

What it tells you is 11% of your electricity cost is environmental costs. In English, that’s you paying for my RHI grant and for your neighbours feed-in-tariff for solar PV panels. If this comes a surprise, wise up. Who did you think was paying for these grants?

So today 2.5p of each kWh of electricity is going to pay for green grants. The green lobby think we should move this over to gas to incentivise the general public to get off gas. If this happened electricity would fall to £0.20 per kWh and gas would rise to  £0.085 per kWh.

That would get people moving over to electric heating and heat pumps pretty sharpishly, but it’s never ever going to happen. No politician will make this happen.

Try and imagine life as a blond haired buffoon with a penchant for a party and a very short term employment contract. Add to that a weird obsession with being popular and you would have a dilemma.

Boris Johnson has two directly opposing agendas. The first is he likes a bit of slap and tickle, so he needs to keep his girlfriend happy, the poor women. She is well known for being an environmentalist and she is responsible for persuading Boris to move to be greener.

Boris and his pals, however, also need your vote. Telling the 83% of the country that heat their houses with gas that their bill is going to rise. To nudge us away from gas is a tough call and definitely not a vote winner. It’s going to really piss off an enormous number of people who either don’t want to change, can’t afford to change or don’t understand why we need to change.

So the subsidy is not going to move. People will talk and dream about it, but it’s never going to happen.

Very few politicians make bold choices that really make a difference and those that have done so in the past have gone on to be kicked out at the next election. Politicians are a bunch of self-centred people only interested in themselves and their families, just like the rest of us.

So electricity prices will rise this winter, as will gas, and we will all moan about it. No one will actually do anything meaningful about it like turning off some lights or turning a thermostat down. Next year it will all get sorted out and the status quo will return.

Why do we put feet under heat pumps?

Thermal stores and heat pumps are a big no-no

If you had left out the personal attack this would have been an interesting article. As it is the whole article is rather tainted and i wonder just how much of is rant and how much fact. A shame as i am actively looking for info on setting up a solar system to supply 8KWh complete with battery storage and the info seemed to confirm what i thought

Domestic gas prices are already rising more than domestic electricity prices so the delta between gas and electric is already coming down even before any movement of levy. The multiple on my current fixed rate is 5.56, todays Scottish Power fixed rate is 2.81.

I think the government has to help facilitate a wider change programme. Encouraging and supporting a strong installer base of companies, a strong servicing capability, UK based manufacturing ideally, home insulation programme etc. If we rush into this it could be a real car crash. Of course the levy needs to move gradually, to be fair the government has already written about this and made the following announcement in October. Of course ideally everything would move quickly.

“To ensure electric heat pumps will be no more expensive to run than gas boilers, ministers want to reduce the price of electricity over the next decade by shifting levies away from electricity to gas. A call for evidence is expected to be published with decisions made in 2022”

So take part in the consultation when it is announced