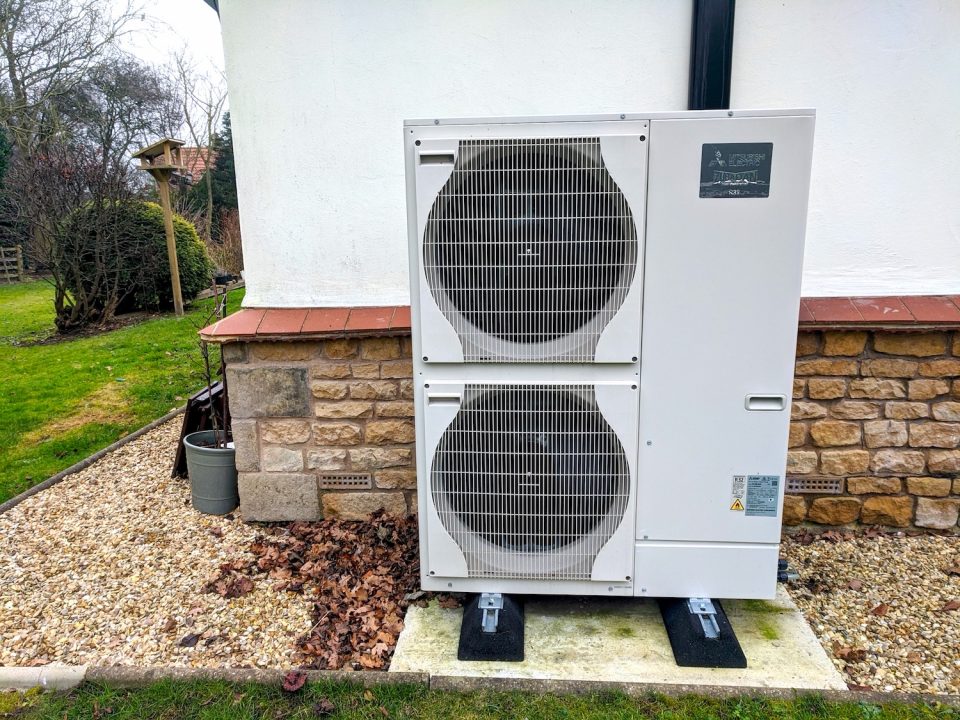 A few weeks ago I bumped into two legends of the heat pump industry. We will call them Jon Bon Johnnie and Leopold. The names have been changed to protect the guilty. These guys have been in heat pumps longer than I have, and we all worked together a very, very long time ago.

I asked them a question which has been bugging me for a while: “Why do we put heat under heat pumps?” They gave me the answer everyone gives me: “We have always done it because our boss told us too.”

I have pedalled this “you have to use feet” myth too for about 15 years. It’s so commonly believed that people recite it back to me and tell me why we use them. They also tell me carrots help your eyesight.

I vaguely recall eons ago that there was a rumour that we only started putting the units on feet to help the water get out of the bottom of the unit after defrost. The theory was that if the units were sat on the ground the water could collect underneath and freeze up causing potential drainage issues. This all came about when one of the big manufacturers were struggling with defrost issues on the units due to bad coil design and they had to blame someone else.

So I asked: “Has anyone ever seen a unit struggle with drainage in the last 10 years.” The answer was no. So that’s the first reason gone.

I didn’t question the feet under unit theory either until units started coming with a structural metal plinth under them. When I put my unit in the training room I tried it with no feet. Not surprisingly, there is no vibration. It’s perfect. In the old days you wouldn’t dare because the vibrations would be horrible. But now the units don’t vibrate, so I don’t think you need feet anymore. That’s the second reason gone.

Back in the old days we had a few of the tall units blow over in high winds, so bolting the units to the big rubber feet made it almost impossible for the wind to take them over. But we also used to use double fan heat pumps which were very tall and thin, like tombstones. Modern heat pumps are all going for the single fan, short and fat model. So the feet are not needed to keep the units upright anymore. That’s the third reason gone.

Over the last year or two I have started to question the feet theory and people go berserk when you even hint that the feet are a waste of time. I didn’t realise how to mount your unit would cause such discussion and such polarised views.

Last week I met another legend of the industry, a tech support guy with decades of experiences, and he was telling me that they insist on a solid concrete base under the unit. I’m afraid I completely disagree again. Unless your brother owns a concrete pouring company there is no benefit to a plinth at all.

The units are perfectly happy on any level bit of land with a couple of bags of gravel underneath to make them look nice.

Of course putting them on solid concrete base is a bit crazy unless you want a skating rink round the unit in winter. You have to remember the drainage. A 16kW unit can produce nearly a bucket of water ever hour in winter.

Quite honestly, the gravel approach works brilliantly. The water drains away, there is no mess and most importantly it’s cheap and fast. If you work for a professional outfit you could even consider putting some weed blocking fabric under the gravel first.

So I think it might be time you think about feet more. Thoughts, comments and feedback below please.

Lifestyle changes can save over 100,000kg/CO2 in energy savings

It’s to reduce noise caused by vibration. It’s common on cars and motorcycles; everything is rubber mounted, even more so today than previously. People compare dB ratings; it’s important. It’s also to raise the ASHP off the ground to stop a heavy snowfall blocking the fan and to lessen the amount of leaves and other carp that may find its way inside.

I put my ASHP on a concrete plinth because I think it looks better. But I would be very p’d off if my installer had put the ASHP directly onto the aggregate in your bottom picture without the feet.