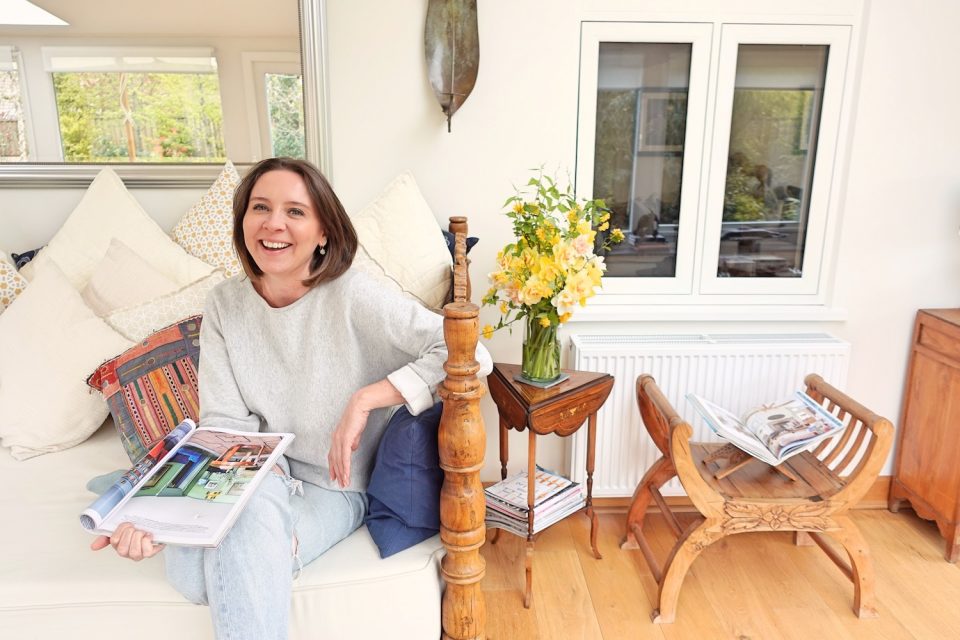 We have an 18kW air source heat pump, and over the course of the last two winters, we’ve experienced some rooms not coming to temperature when outside temperatures have dropped to 0C and below, most notably the TV room and garden room. We addressed this with the manufacturers of our heat pump, Global Energy Systems, and they returned in April to carry out some amendments to our heating system. The most notable change was upgrading our existing radiators to Stelrad Compact K3 radiators.

We were quite fortunate (from a testing perspective) that during the course of April evening temperatures dropped to around 0-2C, so we were able to draw direct comparisons in terms of how rooms were being heated before and after the rads were installed.

Since putting in the Stelrad Compact K3 in the TV room, from the first night, we were able to achieve our target temperatures, and the room is now staying warm and cosy all the time.

The garden room was a similar story. Due to the large amounts of windows, this room, when temperatures dropped to 3C or below over night, would be at around 10-11C first thing in the morning. The previous owners had put in two small single panel radiators, which we replaced with Stelrad Compact K3 models of the same dimensions so that we didn’t have to make modifications to the pipework.

As with the TV room, we are now able to reach and maintain our target temperature of 18C in the garden room, which means that we have reduced the temperature variations and swings – this places less strain on our furniture and wood windows. It also means that the room isn’t icy first thing in the morning.

What makes these radiators effective, is that they have three panels and three sets of fins, offering significantly more metal surface (about 50% more) for the air to travel across and to heat up from before spilling into the room providing the heating it required.

All in all, we have been incredibly impressed with the Stelrad Compact K3 radiators. All the rooms that we have installed them in (TV room, garden room, office and guest room) are now coming to, and maintaining, temperatures, and they have reiterated the importance of radiators in low flow temperature heating systems such as those driven by heat pumps.

If you have a heat pump system or have rooms that are struggling to come to temperature, we would strongly recommend that you check out Stelrad’s Compact K3 offerings, because for us they have been a massive game changer.

[…] made several tweaks to the system, the most significant being upsizing some radiators to Stelrad K3s in key rooms, but we’re still concerned about rising electricity tariffs and the financial […]